The Russian film industry, television, Internet video, animation have entered a period of rapid development associated with both the objective growth of demand for domestic films and series in Russia and abroad, and with new content distribution platforms appearing on the market. The industry is experiencing an acute shortage of professionally trained specialists.

The HSE Film Institute offers training in the following fields (Undergraduate degree): Theater and Film Actor, Producer (with in-depth study of drama, Undergraduate and Graduate degrees), Cinema and Video Art (Graduate degree). A little later, admission will be opened for the majors in Film Directing and Camera work.

The HSE Film Institute will employ the best modern training practices. In particular, experts from leading Hollywood film schools and authors of basic textbooks on cinematography will be involved in the preparation of curricula and teaching. Classes will be conducted by the most active practitioners of the film industry—producers, screenwriters, actors, and directors. The HSE Film Institute’s degree programmes are coordinated with the Association of Film and Television Producers of Russia, the leading professional organization in the industry.

At the heart of all special skills in all film professions are mastery of the theory of drama and the development of practical skills in developing and analyzing screenplays: plots, characters, distinct scenes, the structure of films, and serials.

A large amount of time will be devoted to project development, preparation, organization, and production budgeting, shooting, editing, and scoring, production of scenery, costumes, and graphics, as well as organizing financing, distribution, and marketing of projects.

We consider it as fundamentally important for our specialists to understand the laws of perception of an audiovisual work by the audience, master the methods of researching the audience of television, the Internet, film distribution, as well as the economy and organization of the world and domestic entertainment and mass media industries.

The scope of application of knowledge and practical skills that our graduates will gain extends far beyond the cinema itself into a multimedia environment: TV channels and online platforms, to theater and concert venues. Our graduates will have a wide variety of job opportunities. In addition to feature films and series, these are news shows, talk shows, games, documentaries, as well as marketing, advertising, corporate communications, and much more.

The programme in Film and Television Production aims to prepare well-rounded professionals who know the theory of drama and are able to develop and analyse scripts, narratives, characters and scenes. Such professionals can work with any material in any artistic form for audiences anywhere in the world.

Experts from leading Hollywood film schools and authors of the best textbooks in film production have been recruited for curriculum design and teaching.

This programme trains film and TV producers, as well as organizers of cinema production. Today, it’s practically impossible to teach a professional without the involvement of the industry. That’s why, from the first day of studies, our students work with real briefs from curating companies. You’ll be able to demonstrate your abilities to potential employers during your studies.

You’ll master the essential skills for contemporary cinema production and will be able to process your product through a full cycle, including forecasts of audience expectations, analyzing potential competition, evaluating potential funding sources, copyright regulation, taking into account the festival context and providers’ interests, and developing promotion strategies for a ready-made film.

HSE University’s programme in Drama and Film Acting trains future actors for theatre and cinema roles. Graduates will be diversely skilled acting professionals who know technologies and creative tools and who have the skills to build a proper career. Their competencies will extend far beyond cinematography and classical theatre performances to include the multimedia environment: TV channels, online platforms, and concert venues.

Alexander Akopov
Director of the Institute

Alexander Akopov
Director of the Institute

Alexander Akopov has experience of working on the Central Television of the USSR since 1987. Head of the RTR TV channel ("Russia-1", 1997 - 2002). Founder and co-founder of Video International, Amedia, Amediateka, Cosmos Studio.

Founder and Director of the Graduate Screenwriting Program at School of Cinematic Arts at the University of Southern California (USC), Los Angeles, the oldest and most established film school in the United States.

Howard is an author of classic books on screenwriting and teaching at SCA and studying drama theory for over 30 years. Tools of Screenwriting (in Russian translation: "How they work on a script in Southern California"). The book has been translated into seven languages ​​and is a basic course in drama for all film specialties in the best film schools in the world. Howard's second textbook - «How to Build a Great Screenplay» is an advanced drama course for students majoring in screenwriting.

Professional screenwriter and script consultant for dozens of film and television projects around the world. Howard's scripts are written in a variety of genres - romantic, adventure, children's, documentary; films based on his scripts have won awards at the Berlin Film Festival, television awards Humanitas, Emmy and many others. 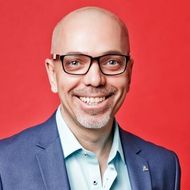 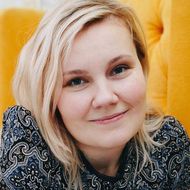 Head of the Centre for International Cooperation 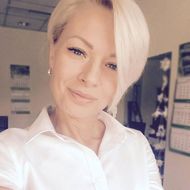 Head of the Film Production Centre